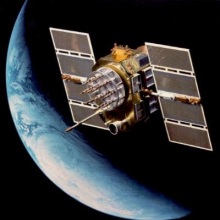 Police in Delaware may soon be unable to use global positioning systems (GPS) to keep tabs on a suspect unless they have a court-signed warrant, thanks to a recent ruling by a superior court judge who cited famed author George Orwell in her decision.

In striking down evidence obtained through warrantless GPS tracking, Delaware Judge Jan R. Jurden wrote that "an Orwellian state is now technologically feasible," adding that "without adequate judicial preservation of privacy, there is nothing to protect our citizens from being tracked 24/7."

Jurden was ruling on the case of Michael D. Holden, who police say was pulled over with 10 lbs. of marijuana in his car last February. Holden was allegedly named by a DEA task force informant in 2009, and in early 2010, without obtaining a warrant, police placed a GPS device on his car, allowing them to follow him whenever he used the vehicle.

RELATED ARTICLE:
10 Ways We Are Being Tracked, Traced, and Databased
Posted by Unknown at 10:06 AM