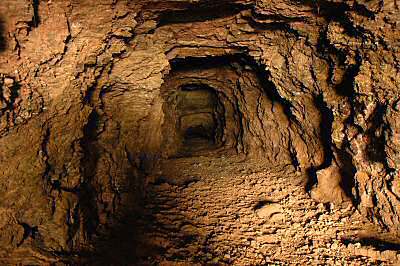 from the website: Underground Bases DNA Activation The Unveiling


omnipulse  The Unveiling Phase 3, Underground Bases  September 5, 2017 3 Minutes
Maybe I will now begin to prepare you for what is to come, as others have and yet as others have not.
There are two races. They live underground and are descendents of one another. They have gained access to this reality through the opening of an electromagnetic portal between this reality and a reality that is offset by a degree of rotation and thus exists as part of a different temporal context. In that reality there are descendents of humanoid bi-pedals, these are considered surface dwellers that we call humans today.
Underground there are ancestors, these ancestors exist in different forms, in different societies. The basic spread is high and low awareness. Violence, animalistic tendencies, lack of compassion and the presence of constant struggle is associated with the lower awareness races. The alter-descendent of this race, the brother race is of a higher-awareness spectrum and thus they do their best to keep the situation safe and beneficial for all. They are more compassion, of a higher intelligence, more self-controlled and thought to be self-aware as a result or relation to.

These races that are almost one are capable of utilizing advanced scalar technology. Most races use advanced scalar technology. This is because this reality, the projected atomic form is scalar in nature. This, to construct a kind of standing wave computer system through a functional arrangement of minerals, crystals, metals, coils and so on, would not necessarily require moving parts or even a keyboard for input or a monitor for displaying the information.
The mind would be the interface port for the computer system and this would enable input and reception from the information system and the machinery connected to these systems could be activated directly and simply pointed in the direction for use. Machinery capable of manipulating matter on a molecular or atomic level, capable of healing the body, and capable of influencing the mental, emotional or physical body could simply be pointed and the intentions of the operator’s mind could be transferred to a target.
This is exactly what happens and again, the way this works is not quite as direct as we would expect, these races interact through using portal systems that enable an interface overlay from their native ‘universe’ (not the accurate term) to ours. They can access this dimension say, by opening a portal in someone’s wall and step through the wall and materialize in this reality. Meanwhile, before that point, they could be in the room with someone and they would be invisible in all sense except for a refined mental or psychic sense of a person who has those senses activated and refined in a way similar to sonar.
These two particular races have been present for thousands of years and they are primarily humanoid but do not appear to be exactly human. One race is entirely more inclined to consider a surface level human to be their cattle and the other understands the benefit of mutual respect of free-will, compassion, and knowledge for both.
These races are just two of many races that have been catalogued and I was briefed on through my involvement in the unacknowledged special access program. The way this works is so far beyond regular comprehension that it takes years to enable individuals to see the truth of this reality. These races were contacted when a remote viewing portal was activated by explorers and scientists in our native society who then stumbled upon future possible timelines where these descendents and ancestors are native. Through this act, a two-way system was opened and they simultaneously gained access to this reality.
This is capable with any reality. If you would like to find a reality where “so and so” could’ve possibly happened, then you could. However, then the beings who would otherwise have no way of contacting you would then have an open transit-way as a result of your use of the remote viewing technology to access their far-off potential timelike curve. This is the trouble and the depth of this technology as I have discussed in the later chapters of the online e-book.
https://augtellez.wordpress.com/2017/09/05/two-underground-races-discovered/
Posted by Unknown at 4:46 PM No comments:

Posted by Unknown at 7:26 PM No comments:

The "banned" documentary that features three vaccine safety whistleblowers is now available online!
Considering the devastating revelations of the CDC whistleblower, and the explosive expansion of autism diagnoses, the topic of vaccine safety (or lack thereof) has never been more controversial.
Indeed, there is a concerted effort within the mainstream media to characterize simply reporting on vaccine safety issues as "dangerous," or "irresponsible."
Last month, we reported on “Man Made Epidemic”, a European production shot in the UK, Germany, Belgium and Italy, which experienced the same censorship and vilification as “Vaxxed” with Tribeca. The film was also pulled from a famous film festival in London a few weeks ago because of intense outside pressure.
We believe that “Man Made Epidemic” is a timely and important film that contributes to the discussion regarding vaccine safety.
“Man Made Epidemic” will help parents, physicians and other concerned audiences to make more fully informed decisions regarding whether to vaccinate or not, featuring interviews with no less than three vaccine safety whistle blowers. We should also remind our audience that GreenMedInfo.com has a Vaccine Research dashboard that can be used for making informed decisions about the true risks associated with vaccination. Man Made Epidemic: Available To View Via Online Streaming

The good news is that you don't have to wait for its theatrical release, which may or may not materialize, because it is being made available now via online streaming. [use the coupon code AX690 for 30% off until July 11th]. This will enable anyone in the world to learn from and support independent documentary work that touches on topics the mainstream media, by the very nature of its funding, can not and will not report on.
The film premiered on the 25th of June at the Curzon Soho in London and John Stone  (age of autism) wrote the following:

Natalie Beer set out as a mother to investigate what the safest course for her children would be, and obtained interview footage from many quarters (it is said over a thousand hours edited down to an hour and a half). No one is caricatured or ridiculed, nor does she decide not to vaccinate, but rather to proceed with extreme caution. The impression is that even with a polite and deferential approach the reality that things were not quite as they should be was inescapable – the autism epidemic could not be explained away. Beer had found more than was comfortable.”

While characterized by the media as an "anti-vaxxer," Director Natalie Beer has clarified the actual nature of her views:
We are grateful collaborators with “Man Made Epidemic” and hope that many of you will watch this film and recommend it to young families and doctors. To make man made epidemic widely accessible and affordable to a large audience , use the special GreenMedinfo exclusive promotion code:
AX690
Click to view the documentary here
With this code you will be able to stream the film online for only 6.99 Dollars instead of 9.99 Dollars.
This exclusive offer will only be available until Monday the 11th of July 2016 12am (NYC time).
Some impressions from the premiere: http://man-made-epidemic.com/impressions-of-the-premiere/

Posted by Unknown at 7:56 AM No comments: